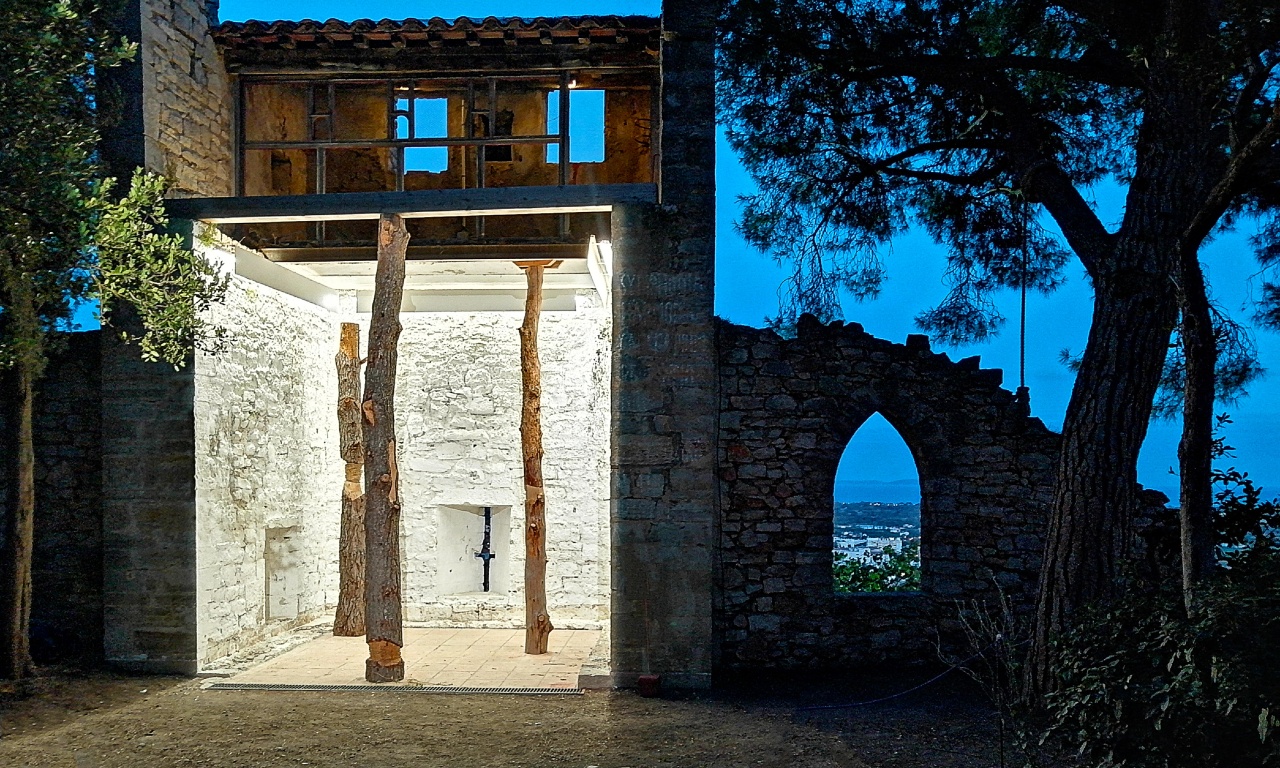 Cairn ou le cercle vertueux (Cairn or the Virtuous Circle) – 2020 – Villa Noailles // 3 Aleppo pines, 3,60 x 0,35 m each one – Cairn ou le cercle vertueux is an installation of carved Aleppo Pines logs. For the International Fashion Festival, trees from a forest (Font-Blanche forest) are installed in the dovecote of the Villa Noailles park. Its production was interrupted by the confinement. Parasites, which already inhabited their hosts, proliferated and continued to devour the Aleppo Pines during the two months of paralysis. The work was conceived, despite the sudden interruption of its production and human activity, in movement with the living. These caves nibbled by bark beetle larvae, inhabited by spiders, woodlice … became a work in collaboration with this colony of parasites, equal to the density of a megalopolis, under the bark.

The Aleppo Pine logs are withered trees, of «natural» death, they were selected in the forest of Font-Blanche in collaboration with researchers biologists of the INRAe Avignon and the agreement of the ONF. The Aleppo pine is a species endemic to the Mediterranean region. Precisely these trees are the markers of what is at stake in the research of INRAe Avignon with which I collaborate.